If you have even a cursory knowledge of cryptocurrency, you’ve heard of Bitcoin. Released in January of 2009 by the enigmatic Satoshi Nakamoto, Bitcoin leads the cryptocurrency world in value. Just one share in Bitcoin is worth some 52 thousand dollars. 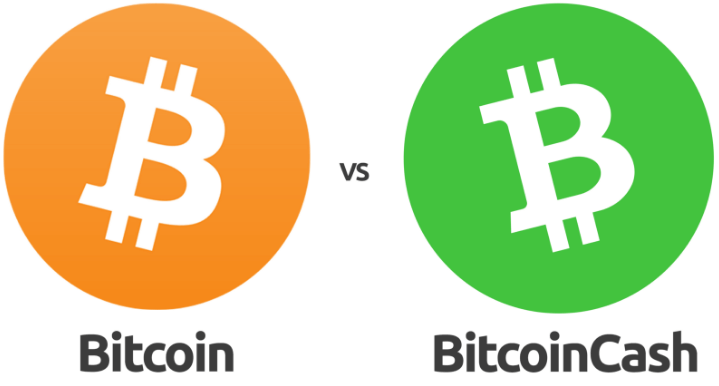 Less well-known, however, is Bitcoin Cash (BCH), a cryptocurrency fork of the original Bitcoin. The new cryptocurrency’s launch in 2017 sought to increase Bitcoin’s transactional worth.

If you’re new to cryptocurrencies, the Bitcoin Cash VS Bitcoin debate may be confusing to you. Fortunately, we’re here to help! We’ll give you the rundown on the difference between Bitcoin Cash and Bitcoin.

What Is Bitcoin Cash?

Newcomers to cryptocurrency may become confused by the name Bitcoin Cash. Since “Bitcoin” is in the title, does that mean the two cryptos are the same?

The short answer to this is no. The longer answer becomes a little more complicated.

Bitcoin Cash’s origins begin with a debate in the Bitcoin community. This debate had two primary camps: those who saw Bitcoin as more akin to a precious metals investment and those who wanted it to function as a currency.

Bitcoin cash emerged from the latter group. When BCH debuted in 2017, anyone who owned a Bitcoin received an amount of BCH equal to their Bitcoin. Its developers were originally Bitcoin developers, which meant the new crypto functioned as a copy of Bitcoin.

Besides block size, the two cryptos have several other differences. For one thing, Bitcoin Cash is more affordable and runs at a faster rate. The Bitcoin Cash price is approximately $761, compared to Bitcoin’s $52,000.

Bitcoin has a strict goal of allowing no more than 21 million bitcoins to exist. Approximately 88% of that volume is currently in existence. In another few years, there won’t be any new bitcoin left to purchase.

Bitcoin Cash likewise shares a volume goal of 21 million. However, unlike Bitcoin, much less of that volume currently exists.

Although Bitcoin Cash’s goal was to have more liquidity as a currency, Bitcoin continues to outperform it in this area. Paypal allows Bitcoin payments, and MasterCard has recently announced it will do the same.

As mentioned before, Bitcoin continues to lead all cryptocurrencies in its value. As it stands, Bitcoin Cash can offer little competition. For the time being, Bitcoin remains the top competitor of the two.

Which To Invest In?

When it comes to making your investment, the Bitcoin Cash VS Bitcoin debate simplifies. All you need to do is determine which currency best meets your crypto goals. From there, make your investment and have fun trading!